One of our biggest questions is, ‘what is the purpose of my life?’ Just asking that can 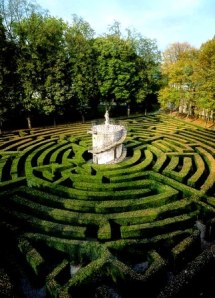 help – but the answers may not arrive in a neat little package. If we’re destined to move onto a particular path, it usually unfolds in its own way and at the right time in our lives. However, that way may be unexpected, and sometimes even difficult.

This is because the purpose we choose before incarnating is never solely about helping others or the world in some way. It will also involve healing or overcoming whatever personal issue we’ve chosen to sort out in this life. That is why answers to the question ‘what is my purpose’ sometimes only become clear after emerging from a life-changing experience.

The famous mystical author Dion Fortune went through a gruelling initiation onto her destined path. Still under her birth name of Violet Firth, she began her working life as a teacher in a small school that was dominated by the headmistress from hell.

This person’s unjust and arrogant ways enraged the young woman. Those who knew the danger warned her to avoid confrontation, and instead to just quietly leave the school. Ignoring this, she marched into the head’s office and spoke her mind about everything that had been going on. 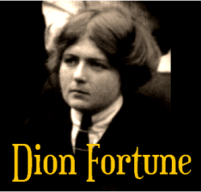 She had unwittingly walked straight into a trap. The head teacher hypnotically brainwashed her for hours with monotonously repeated statements about how inadequate and inferior she was. The attack was successful. Violet’s spirit was crushed, and it took her a few years to recover.

In the process, however, she began to study psychology and the occult powers of the mind. Under her new name of Dion Fortune, she spent the rest of her life teaching those subjects, and became the renowned author we know today.

Dr.Rudolf Steiner, the founder of Anthroposophy and the Steiner schools, began life in a poor Austrian family. One day in his childhood, he was sitting in a station waiting room. A woman came in who looked a bit like his parents. She stood in the middle of the room, made some strange gestures, and said, “try to help me if you can – now and later on”. Then she walked through the ancient stove and disappeared.

Little Rudolf didn’t tell his parents about this because they were Catholic, and he 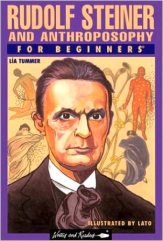 feared their reaction. Over the next few days, however, he noticed that his father seemed sad. He later found out that a female relative had committed suicide at exactly the time her spirit contacted him in the waiting room.

That was how Dr.Steiner’s spiritual path began. In his lectures, he often mentioned this incident, saying from that time on a soul life began to develop in him. It was the start of his future role as one of the most influential spiritual leaders of the early twentieth century.

In the 1970s, Dr.Helen Wambach did groundbreaking research work that contributed hugely to the understanding of past lives. Her discoveries, statistics and analyses proved reincarnation as near as possible outside a laboratory. Those achievements may never have happened without the following strange experience, which took place before she had any idea of past lives.

Browsing through the library of a Quaker memorial, she felt drawn to one of the books. She had a strong feeling that it was ‘hers’ in some way. As she paged through it, a vivid past life memory came up. She was male, riding a mule in the countryside. The day was hot, and his rough clothes were uncomfortable – but his whole attention was focused on the book propped up on his saddle. It was about a priest describing the other worlds he’d gone to while in a coma.

As she turned the pages of the book in her hand in the present, she had the strange experience of knowing exactly what was on each following page before she’d reached it. She realised she was having a vivid past-life flashback. After that – and for the rest of her life – she immersed herself in past-life studies, publishing books and becoming an important influence in that field.

In more recent times, the American therapist Denise Linn had a tough initiation to push her onto her path. When she was 17, a motorist knocked her off her scooter, shot her and left her for dead. While in a coma with horrific injuries, she had a near-death experience. Her guides said this was not her time to die as she still had work to do.

Before that experience, she had no interest in any kind of spirituality. In the years that followed, she blossomed into an internationally successful healer, author and past life therapist.

A friend told me about the watershed experience that set him on his path as a spiritual healer. In 1963, his wife had a minor accident in their car. Worried about the cost of the repairs, he went to the garage to ask for extra time to pay. Here is his account of what then happened.

“Eric, the garage manager, brushed aside my concerns and said, ‘I want to talk to you about spiritual healing.’ I sat down uncomfortably, not knowing how to react. I didn’t know whether he was joking, taking the mickey or playing a cruel game, talking to me about something I’d never heard of and had no interest in. ‘Blah, blah, blah, spiritual blah, blah, love of God blah, blah, spirit doctors blah, blah.’ He was using words and concepts I had never heard before. 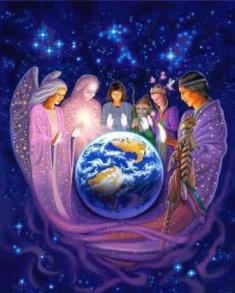 I was wondering how long this could go on when he said, ‘don’t worry, for the moment, about paying. I know I can trust you. I will be seeing you soon, I know.’

That might have been that – except my wife had a rare blood disease. Complications after the car accident got worse, and she went into a coma. The hospital said they didn’t expect her to last the weekend. In desperation, I went back to the garage to ask about spiritual healing. Eric told me to contact Harry Edwards, as he was the top distance spiritual healer.

That evening in desperation, I wrote to him about my wife. I posted the letter on the Saturday morning and spent the weekend in an agony of despair.

On Monday morning when I went in to see her, she was still in her coma. But of course, Harry Edwards had only received my letter that morning. I found out later 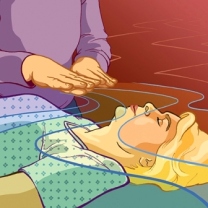 that he didn’t start working on her until the Monday evening.

On Tuesday morning, as I approached the ward where my wife was, I saw the specialist in the corridor.

‘I can’t understand it,’ he said to me, ‘she’s sitting up, having soup, laughing and telling jokes.’ He walked away shaking his head.

From then on, she began a long slow period of recovery. It was clear to me that spiritual healing was the only thing that had saved her. That was the start of my future path as a spiritual healer.”

Fortunately, not everyone has to go through such difficult initiations. Sometimes just reading one book can turn a life around. For many people, the path unfolds 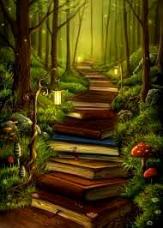 slowly, like a flower opening one petal at a time. Over the years, there may be several big turning points, and many more minor epiphanies. That’s how it was for me, and still is.

If you’re ever in doubt about which way to go, your enthusiasms are your best guide. When a subject, course or activity feels exciting, it’s like a big signpost saying, “This is it!” That’s what Joseph Campbell meant when he said, “Follow your bliss, and doors will open to you”.

Goethe said, “Whatever you can do, or dream you can do, begin it”. If a path doesn’t seem to be opening up for you, look at your deepest passions and find your purpose there. Life will then meet you half way. That’s when all the wonderful synchronicities and opportunities will really start to happen.

You can add your comments here, or drop me a line via the Contacts page on my website

Find my books on Amazon UK and Amazon USA 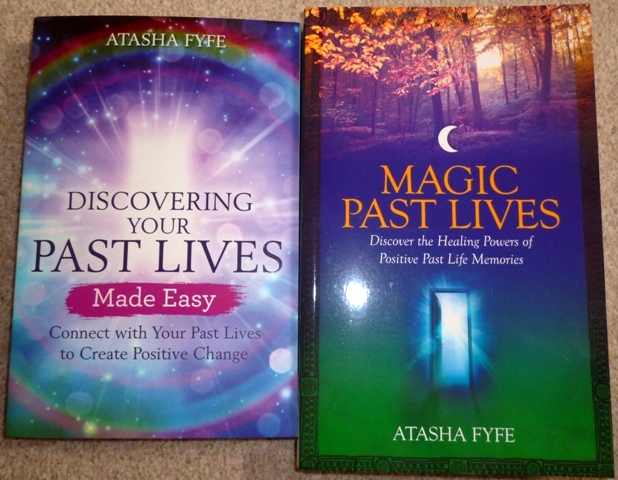